Choosing the best tankmates for your bettas is hard if you are a beginner fish keeper.

Maybe you are confused about the fact can comet goldfish live with bettas? Comet goldfish and bettas can not get along peacefully for a long time. They can rarely live together by following some tips, but it is not a good idea.

In this article, you can discover the facts about these two fish.

Can Comet Goldfish Live with Bettas?

You may be tired of thinking, can comet goldfish live with bettas. The answer is complex. They can’t live together because of their different habits as they require different environments, food habits, and tank sizes. It can be possible to live together by picking these two fish wisely, but it is not recommended.

You need to follow some significant points to set up the tank for goldfish and betta fish.

Set Up a Tank for Betta Fish and Goldfish: 9 Steps Guide

Though betta fish and goldfish can’t live together, it can be possible if you set up the tank correctly.

You can put a female betta fish, 3 goldfish, and any random fish, it can be a pleco, in a 15-gallon tank to ensure a peaceful environment in the aquarium.

After putting these two fish in one tank, goldfish and betta fish may chase and show aggression at each other initially. But after a few times, they will be accustomed to each other.

You need to choose a less aggressive female betta and 3 goldfish who will not get any need randomly.

Bettas are aggressive. Make sure to pick the female betta as male bettas are more aggressive and want to make their territory. Male betta can create a stressful situation for forming a proper hierarchy. Generally, two male bettas fight a lot until killing another one.

Before putting goldfish and betta fish in one tank, you need to put them in different quarantine tanks for a few days to introduce each other.

Make sure that both can see each other from different quarantine tanks and see how they react. Give them time to acquaint themselves with each other.

You need to choose at least 15 or 30 gallons tank for five to ten fish, especially betta fish, and goldfish.

Goldfish require at least 20 to 30 gallons of the tank to share the tank with other fish.

Put the goldfish and betta fish in the 15-gallon tank after quarantining them in different tanks.

Make sure to put substrates on the bottom of the tank. The substrate will make the environment more serene and help these two fish to make a friendly relationship.

Substrate makes a distance between these two fish so they can control their aggression and won’t hurt each other.

Make sure to put some plants in the tank to ensure a serene and healthy environment. Plants will make lots of hiding places, which will help them pass their time behind the plants.

You can choose Anubias, java fern, Brazilian pennywort, and silk plants, as these plants are not complex and won’t hurt the fish.

A lot of plants help to keep the water parameters healthy.

If you want to put betta fish along with goldfish, you need to put a cave or log to make plenty of hiding places to avoid their fighting.

Goldfish are an active species that eat a lot. Therefore, you need to provide goldfish flakes for goldfish and floating betta pellets for betta fish.

Goldfish stay in the mid to bottom of the tank and eat leftover food on the ground.

They don’t fight for food as they live in a distant location.

Generally, goldfish poop a lot and make the water dirty. Make sure to clean the poops daily with a gravel vacuum and clean the bottom of the tank. If possible, then try to clean the 100% water weekly.

The waste produced by goldfish raises ammonia levels. So, you need to change the water frequently to keep the ammonia level down.

You need to collect a water filter for goldfish to clean the water as goldfish poop a lot. But make sure not to choose any powerful filter; otherwise, bettas may feel more relaxed and uncomfortable.

Watch the video to see how betta can live with goldfish–

How Can a Betta and Goldfish Live Together?

Why Betta Fish and Goldfish Can’t Live Together?

Betta fish and goldfish can live a few days calm and may start to attack each other as betta is a territorial fish, and comet goldfish have big fins. So, you need to be cautious before putting them together.

Betta fish and comet goldfish can’t stay together for some prominent reasons.

Betta fish and goldfish need different temperatures. Better is a tropical fish and prefers warm temperatures of 77 to 81 degrees Fahrenheit or 25 to 27 degrees Celsius.

While goldfish prefer a cool environment of 68 to 74 degrees Fahrenheit or 20 to 23 degrees Celsius.

They can’t live together because of the imbalance in temperature.

Goldfish are a messy species that poop a lot and change the water parameters. This poop increases the ammonia level.

Goldfish can live with high ammonia, but it is harmful and toxic for betta fish. Moreover, high ammonia causes many betta diseases since betta fish can’t tolerate it.

Goldfish eat a lot, so they may also eat betta fish pellets. As a result, the betta may not get any food to eat and become sick because of starving.

Food habits are different in both fish as goldfish are omnivores and betta fish are carnivores.

Therefore, putting them in one tank is not a good idea.

Betta fish like soft and calm water movement, while goldfish prefer hard water movement as they need a powerful filter. Betta fish does not need any filter. If it requires, then it should be a gentle filter.

Betta fish and goldfish are fin-nippers. They can’t stay together. Betta fish is an aggressive and short-tempered fish that attacks goldfish to make its territory.

After a few days of putting them together, a group of goldfish also starts to nip the fin of bettas. Goldfish is a larger fish than the betta.

If any of them feel stress, it may damage their immune system and develop an internal parasite disease.

Betta fish requires a 5 to 10 gallons tank with a large surface area. Goldfish prefer a lot of room, at least 20 to 30 gallons.

Their tank size requirements are different, so they can’t live together.

Which Tankmates Can You Choose for Goldfish?

You can choose the following fish to maintain a healthy environment in the tank.

Which Tankmates Can You Choose for Betta Fish?

It is not easy to find the tankmates of betta fish. So it’s better to leave the betta fish alone. But it’s possible to share the tank for betta fish with the following fish.

Read More: How Many Female Bettas in a 55 Gallon Tank?

How Can You Choose the Tankmates of Betta Fish?

You have to follow some ideal and accurate information and choose tankmates wisely to keep the fish successfully for a long time.

In the beginning, betta can chase other fish, but it soon settles down quickly when they adapt to each other.

If you are still confused about the fact can comet goldfish live with bettas, putting them together and risks! Then in this article, you’ll have an idea about all the facts–

Will Your Male Betta Eat a Goldfish?

The answer is absolute, no. Male betta fish may fight with goldfish as they are so aggressive. But they won’t eat goldfish since bettas are carnivores and eat only vegetables.

Which One Is Better, Betta or Goldfish?

If you have a tiny tank, a betta is better as it will be easy to care for in a small tank. But if you have a big tank, you can prefer goldfish as they don’t fight with other fish like bettas. Also, goldfish are easier to care for than betta fish.

Can You Put 2 Betta Fish Together?

Yes. You can put two betta fish in one tank but make sure to put two female bettas together.

Betta fish is an aggressive species, but female betta is better than male bettas. Male bettas are very aggressive and fight with another betta very rudely. 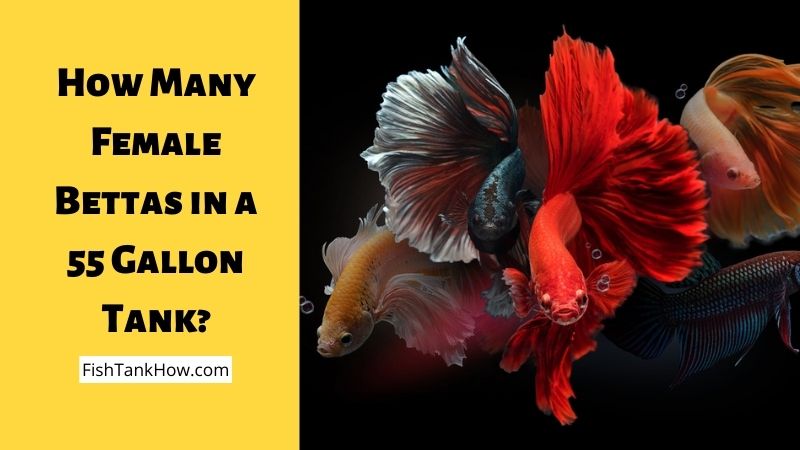 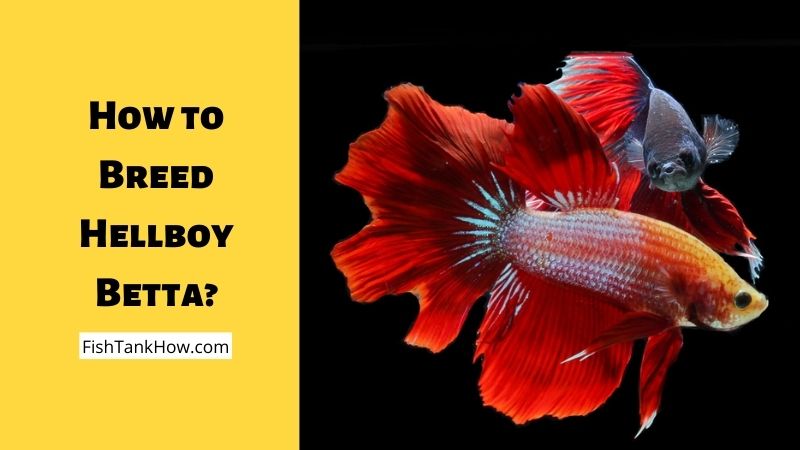