If you are a beginner pet owner, you need to be aware of choosing the perfect tank mates for your fish.

May you think that can shrimp live with goldfish? Unfortunately, shrimp and goldfish are challenging to keep together as they belong to different water conditions, and their size is not the same.

In this article, you’ll learn the reason why they can’t put together –

Can Shrimp Live with Goldfish?

Shrimp and goldfish are difficult to put together in a tank. Goldfish may chase and eat shrimp since shrimp is tiny in size. Their care requirements and temperament are different. They can live for a while if you put them in a big tank with lots of hiding spaces.

So, it is hard to determine their partnership.

Putting shrimps and goldfish in the same tank is not a good idea. Shrimp is a tiny fish, and it will be easy to fit in a goldfish’s mouth.

Goldfish prefer cold water, and shrimp is a tropical fish. But it is possible to keep shrimp in colder water.

Despite several dissimilarities, you can keep them together for a while by following some significant points. First, put fancy goldfish with any shrimp as they swim slowly.

Goldfish are docile fish unless their food or territory is threatened. Make sure to choose a larger tank for your goldfish.

They can be aggressive if there is a lack of space in the tank. For example, a small goldfish needs at least a 30 gallons tank to live, and a giant goldfish needs a 40 gallons tank. Therefore, if you want to add any goldfish to the tank, you will need ten more gallons for each goldfish.

Goldfish can be hostile if they are kept with a smaller tropical fish despite being calm. So, a goldfish and shrimp can stay together temporarily if they are put in at least 75 gallons.

Seventy-five gallons will provide shrimp with enough space to survive, runoff, and hide from the giant goldfish. Otherwise, goldfish quickly eat the shrimp as their meal.

Plants play a significant role in the aquarium. It will help the water and fish to stay healthier. In addition, plants will make the tank more natural and provide a lot of hiding spaces.

You can decorate your tank with many plants such as marimo balls, Brazilian pennywort, silk plants, anubias, and java fern.

You can also put in artificial plants that are easy to keep. Make sure to put smooth plants with no sharp edges that may damage the goldfish’s fins.

Plants may protect the shrimp from the attack of goldfish. If your goldfish is about to catch shrimp that time, shrimp can run off quickly and hide behind any plant.

Step 3: Use a filter

If you attempt to put goldfish and shrimp in a tank, you should use a powerhead filter. Unless you use any filter, they are not capable of living together.

But the frequent water change can cause the early death of shrimp as they can’t cope with regular water changes.

So, if you want to put your goldfish with shrimps, you must ensure a powerhead filter to clean the water regularly. You can also use a canister filter for the well-being of shrimps and crystal clear water.

This filter will help both fish to move easily in tank water.

Step 4: Use a heater

A goldfish belongs to a cold area and prefers 20 to 23 degrees Celsius temperature. But shrimp is a tropical fish but capable of surviving in colder water. So you can keep shrimp in 23 to 24 degrees Celsius water.

Tropical temperature can increase the goldfish’s metabolism, improving their appetites and waste production. However, this waste production will dirty the water, which is harmful to shrimp.

Tropical temperature also reduces the oxygen level and can cause different illnesses in goldfish. So, it’s better to choose a heater for shrimp to adapt to the cold water.

You can put different hideouts in the tank, which are very useful for shrimp. For example, in the shelters, shrimp can hide from the threat of potential predators and goldfish can take a rest and sleep for a while.

You can use different hideouts for taking shelter if your shrimp is scared of goldfish. It can also be used to control goldfish’s aggression and manage any disastrous situation.

Make sure your hiding spots are not sharp to avoid any adverse situation.

You can use beta logs, driftwoods, pineapple houses, centrepieces, and bone white ceramic to help the fish explore and swim in these spots.

Goldfish can get along with shrimp by following the tips mentioned above for a while, but it is not recommended.

Why Goldfish and Shrimp Can’t Live Together?

Shrimp are vulnerable to goldfish, and they convey different behaviours. For the following reason, they can’t stay together –

Can Your Shrimp Live With Fancy Goldfish?

Fancy goldfish is better for shrimp as it is a slow swimmer for its long flowy fins. On the other hand, Comet goldfish and common goldfish swim fast and can easily attack shrimp. But it is hard for fancy goldfish as they have long fins.

Can Your Goldfish Live With Ghost Shrimp?

Usually, ghost shrimp live at the bottom of the tank in the gravel or different hiding spaces. If your goldfish doesn’t notice the ghost shrimp that time, ghost shrimp can easily survive with goldfish.

But if your goldfish observes the ghost shrimp that time, they will catch it and make it their snack.

Can Your Goldfish Live With Cherry Shrimp?

Cherry shrimp usually clean the algae off the tank. They are colourful and small. They are helpful for goldfish as they make the water messy. Cherry shrimp can easily survive with the goldfish if there are plenty of hiding spaces.

Watch the video to see how cherry shrimp looks–

Can Your Goldfish Live With Giant Prawn Shrimp?

Which Things Do You Consider to Choose Tank Mates for Goldfish?

Goldfish are born with unique characteristics, so you need to take care of them differently. It’s a vital and tricky task to choose suitable tank mates for goldfish.

Goldfish are docile fish, so it requires another docile and poor swimmer fish as a tankmate. It needs a peaceful partner who will mind their own business.

Goldfish consider the following things to choosing the perfect tankmates –

Choose the fish that has the same level of activity. The flow rate is different for different goldfish.

Some are active, some fish are too lazy to swim, some can easily get infected because of their long flowy fings, and some are fast swimmers.

So, choose the same level of fish to maintain harmony in the tank.

Goldfish are large fish and have big appetites. It grows more than 1 ft. So, pick the large tankmates which can’t end up as food for goldfish.

Goldfish remain good in cold water. So, choose compatible tank mates who can live well in both cold and water conditions.

Which Things Do You Consider to Choose Tank Mates for Shrimps?

Shrimps are small species, so make sure to choose the fish that have the same size, are not territorial, will not create any trouble for your fish, and have the same water conditions.

Select the fish that don’t produce waste and don’t need frequent water changes. For example, due to regular water changes, shrimp may have deadly diseases and lose their life.

Try to choose tankmates who will not chase the shrimp, have a low temperament, and can live in tropical water or both water conditions.

You need to avoid the following fish for shrimp–

If you are still concerned about can shrimp live with goldfish, is it possible to keep them together! Then in this article, you’ll discover the truth-

Besides, now you are clear about why they can’t live together and how they can be put together for a while.

Do Your Shrimp Eat Fish Poop?

Shrimps never eat the poop of any shrimp. They only clean the leftover food from the bottom of the tank.

How Long Do Your Shrimp Live in an Aquarium?

Are Shrimp Good for Your Fish Tanks?

Shrimp will clean your fish tank as they eat algae from the bottom line of the tank. 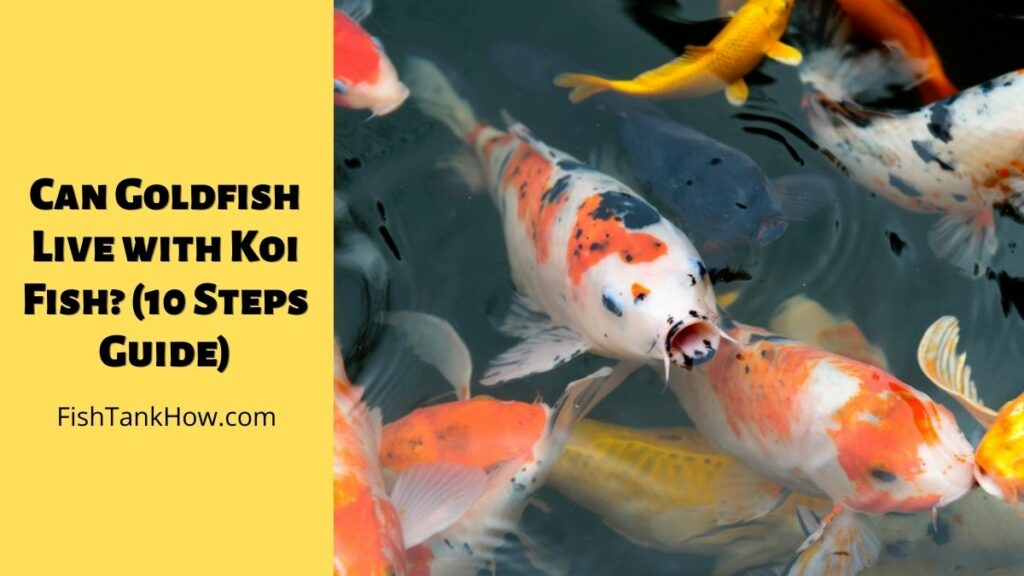 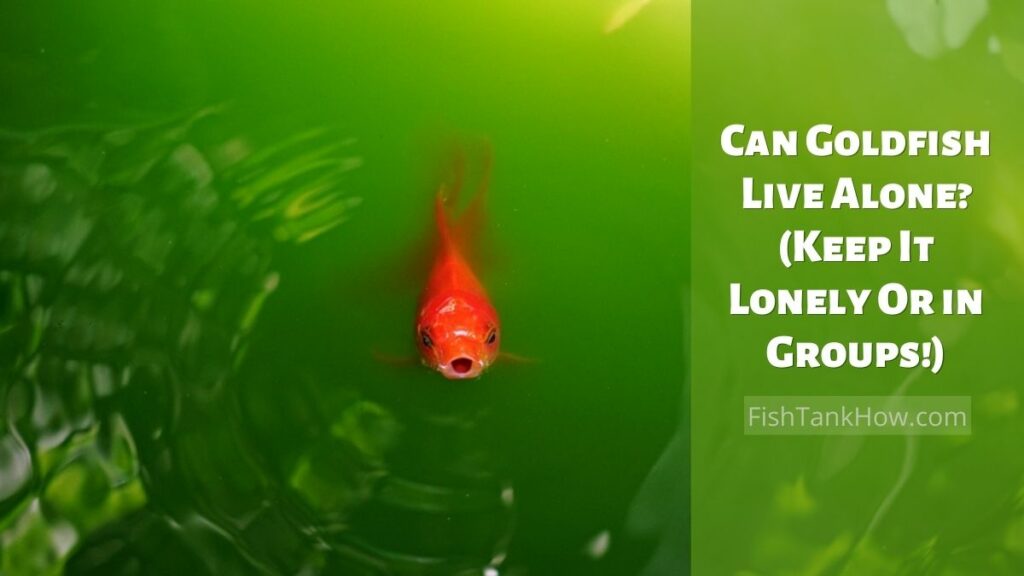 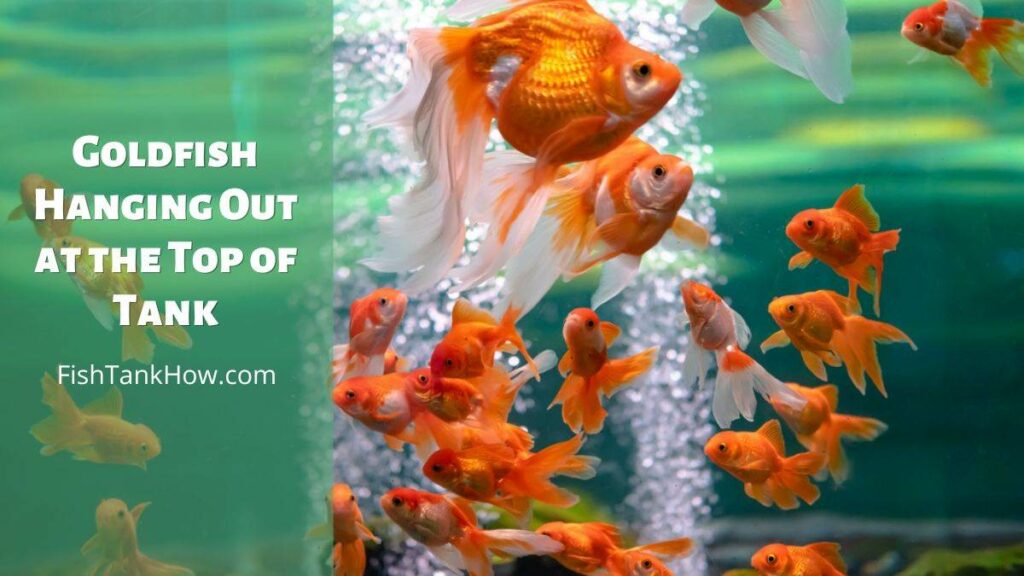